Here we are listing down the Top Treks in January in India that should get a place in your bucket list. Given below are our most adored trips and trails that we resolute to begin the new year with.

The Best Winter treks in January are:

The Chadar trek is one of the most opted treks in the month of January by the mountaineers around the globe. The reason that it's one of the most peaceful, challenging and extremely pleasing treks is that the trail to Chadar crosses through three to five most beautiful peaks, you'll be climbing on five highest motorable passes, touching two major borders of India, get the view to the second-highest saltwater lake on Earth, and experience various local cultures. The Chadar Trek links to the notably beautiful Zanskar ranges, as they nestle deep inside the mountains. You'll be climbing on the frozen terrain, as the literal translation of the word Chadar might itself explain. Chadar or the blanket is used for ice that is formed on the brook Zanskar.

The Kauri Pass is a very divergent kind of trek. This winter trek can be best experienced in the month of January. It starts from the Chamoli district of the Grand Himalayas, that is,  at the south of the Tibetan Border. This district is a charming area of Joshimath and is said to be as the hub of pilgrims and passionate climbers of Himalayas. The term Kauri connotation and translates to the word "doorway". Thus, it means the door to one's inner self. Thus, to many enthusiastic mountaineers, the path to peak Kauri is like a pilgrim, and about exploring, introspecting and retrospecting life, death and one's inner-self. The mountain has religious significance and thus the feeling of a selfless, calm spirituality tends to be developed around one as one reaches closer to nature and the peak. One connects to not only the self but her or his surroundings; the environment around oneself. You'll walk through the deep and green deodar and oak jungles. You'll also be to have a very close picture of the Nanda Devi Mountain peak.

Trekking in West Bengal is though not too popular but still is a destination to be achieved by many as in the northern heights of West Bengal are the Darjeeling Himalayan mountains, which are part of the eastern Himalayan belt of Indian Himalayas. Here resides the one of the most beautiful trekking range of West Bengal, that is, the Sandakphu-Phalut Trek Trail. At the height of 11,929 ft, Sandakphu Peak is the highest peak of the state of West Bengal. You'll be able to get the eye-pleasing glimpses of the world's most visited and popular crowns like, the Everest, Kancho Zonda, Lhotse, Makalu; and thus, you'll also get the view of the sleeping Buddha, which is made by nature through the cluster of all these four peaks together.

One of the easiest high altitude trek in Uttrakhand and that be best done in the winters is the Kedarnath Winter Trek. The best thing about this trek is that it can be done and enjoyed along with the large group. You'll be climbing at the 12,500 ft long peak., starting from the village of Sankri which is isolated deep within the Garhwal ranges is Kedarnath Winter Trek. The trail is filled at both sides with gorgeous rhododendrons, fringed pine trees, vast lush green meadows, myriad butterflies, frozen ponds and snow-laden peaks and the number of other Himalayan ranges, the Kedarnath trek is one of the most charming treks if you are planning for a winter expedition. It is also amongst the most famous treks for the novice, tourists and winter lovers.

This is one of the extremely popular trails of Himachal Pradesh. You'll be climbing 14,300 ft above the sea level. During the excursion, you'll be able to smell the aroma of apple orchards, maple and cedar trees, and grand meadows during your route towards the Hampta Peak. The village of Barnara, Dhauldhar, and Pir Panjal are totally enthralling, especially with their breathtaking views of landscapes at dusk and dawn. The trek takes only around four days to get completed but is an equally thrilling one. The descent from the peak can be challenging for some as they can be slippery because of snow.  There are also various brooks and boulders. It is one of the moderate-difficult ones. Hampta Circle Trek can be best done between the months of two seasons, summer and winter. If you are looking for not so long vacation during winters along with your family or small group of friends, then January is the perfect month to enjoy the winter sceneries of the mountain.

Treks in January and also, Hiking in January are among the two most thrilling activities in winters and one can resolute to try and experience in the new year. Trekmunk ensures that everyone can enjoy the beauty of this coldest month of the year; from the novice to the professionals, everyone can backpack and go climbing and see the beauty of snow and winters in the month of January on the great crowns of the incredible Himalayas.

All Treks In January 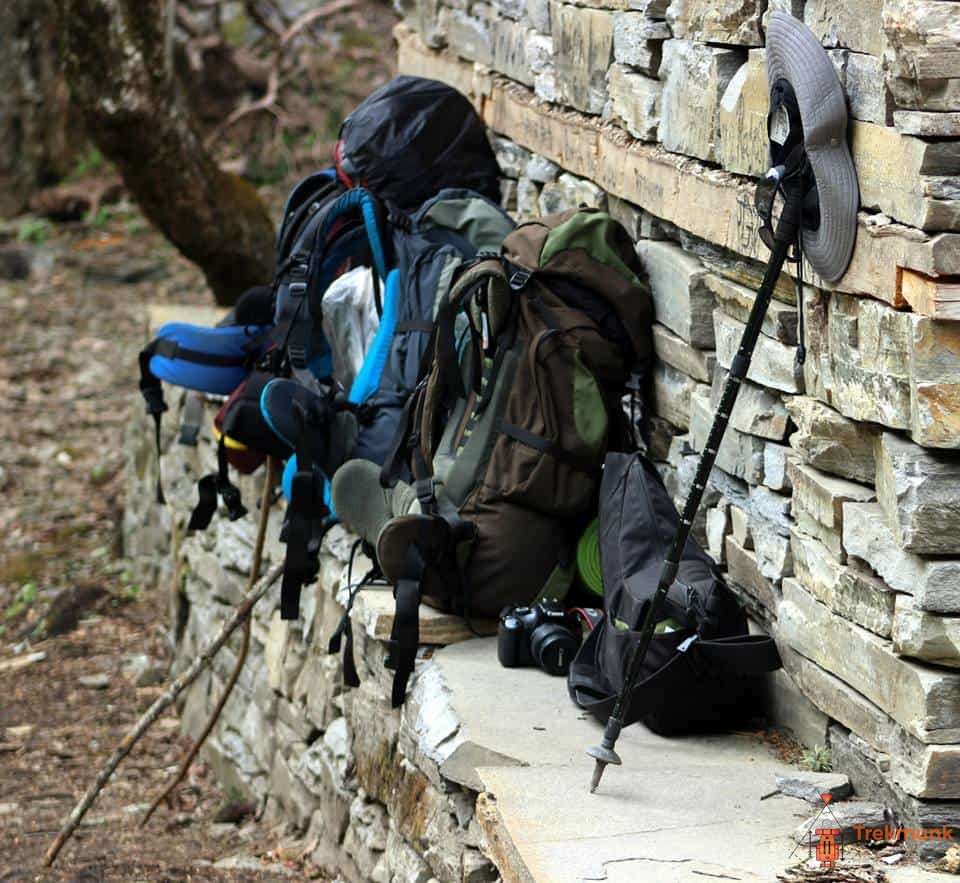 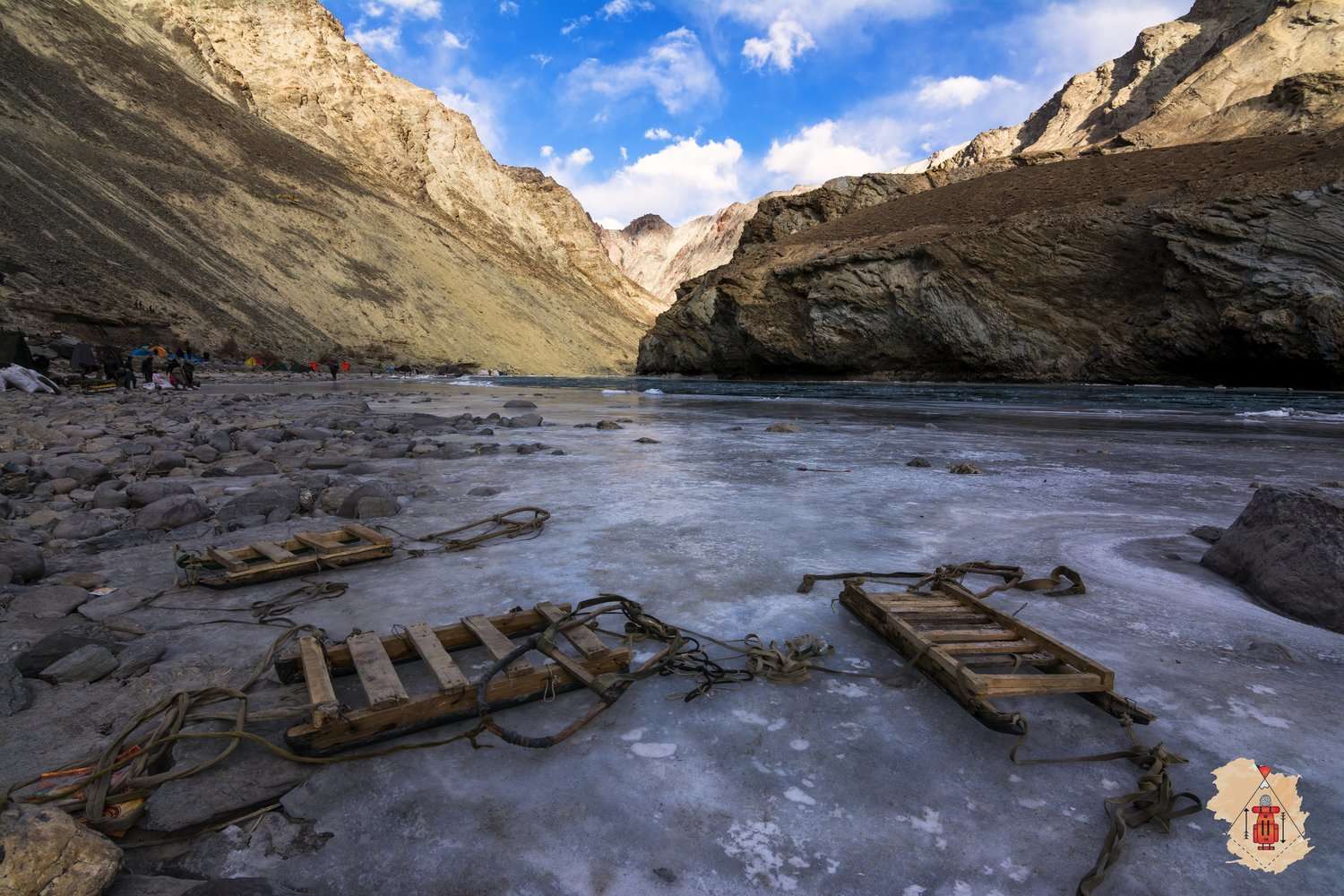 Why an Incomplete Trek is considered to be a Complete Trek?
When we think about trekking, it usually involves choosing a suitable trek for yourself, finding the proper gear, and you are set to scale a challenging adventure, away from your monotonous city life. 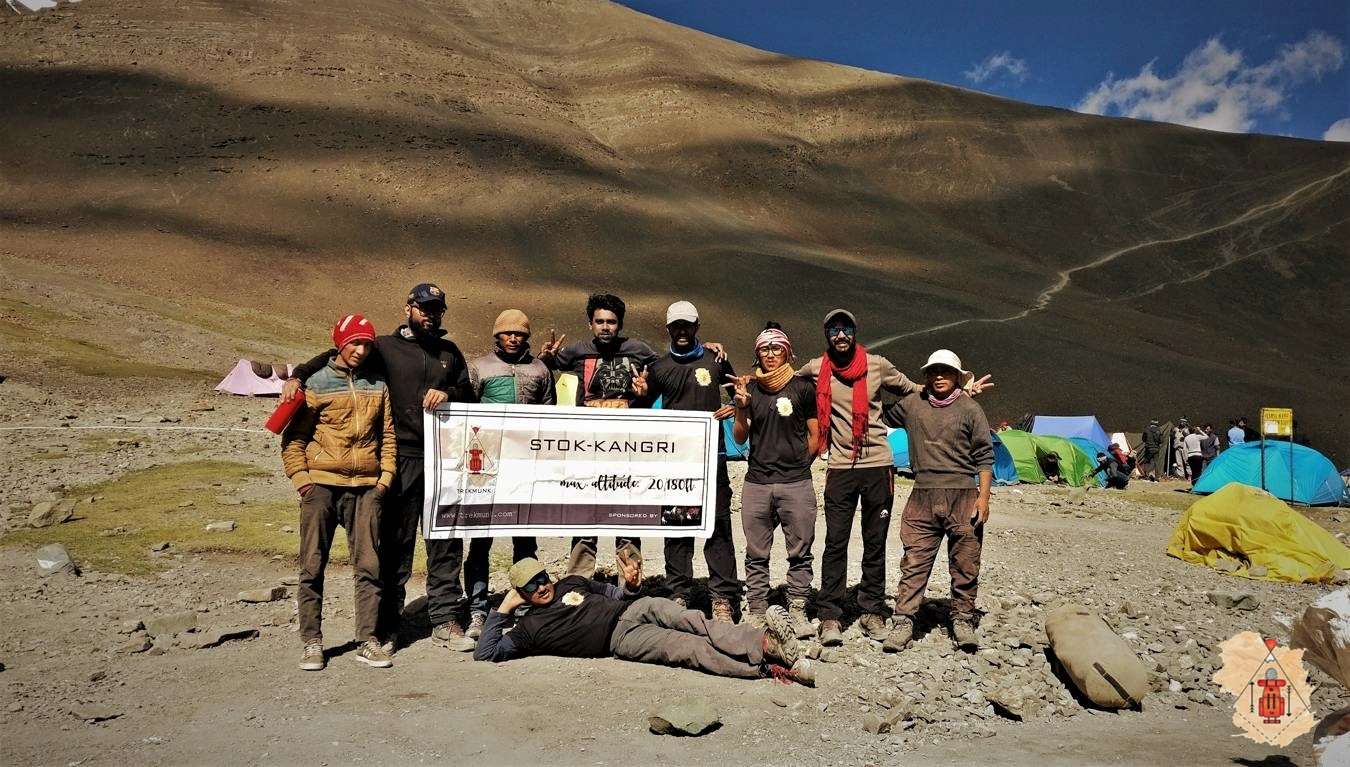 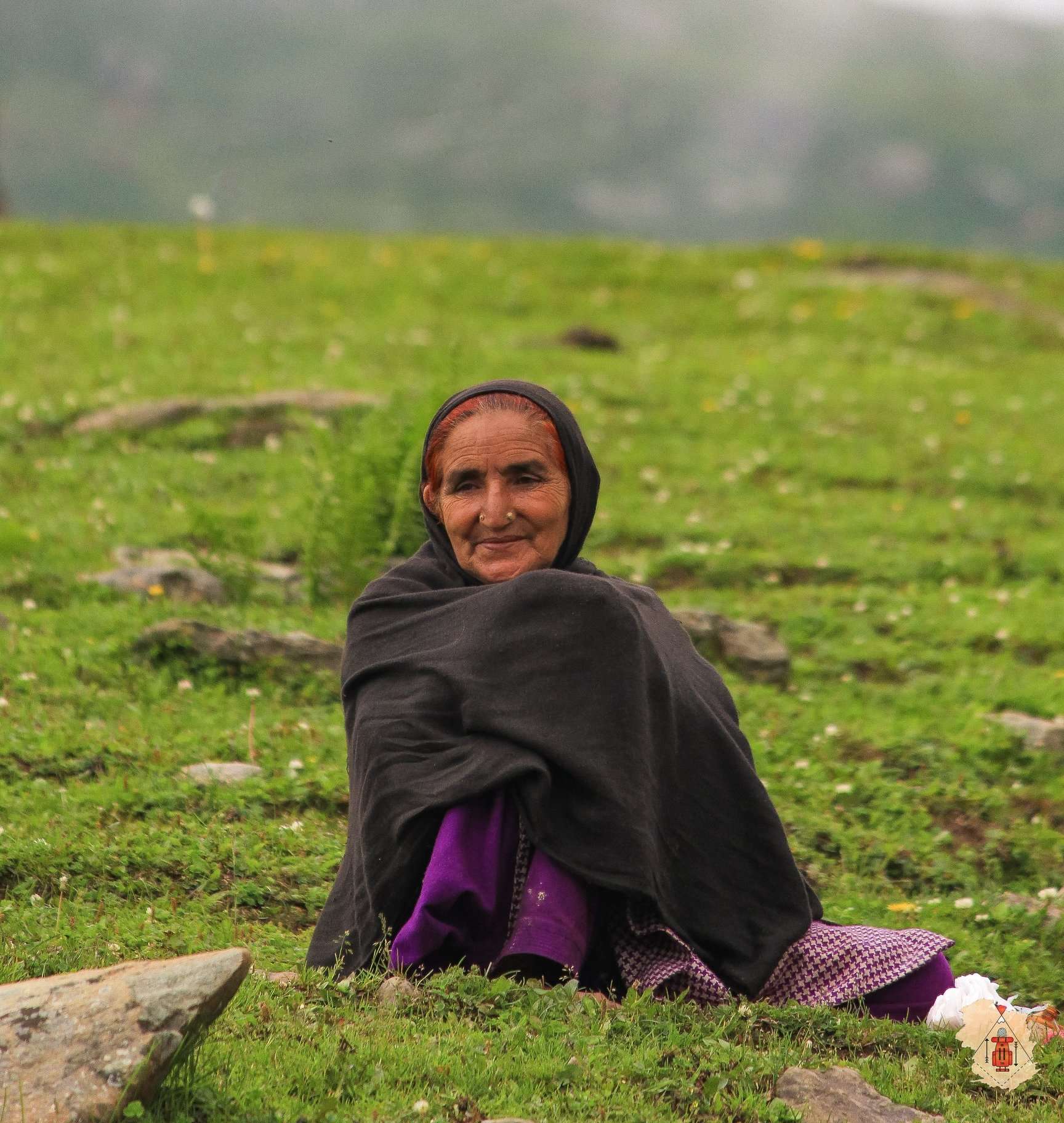 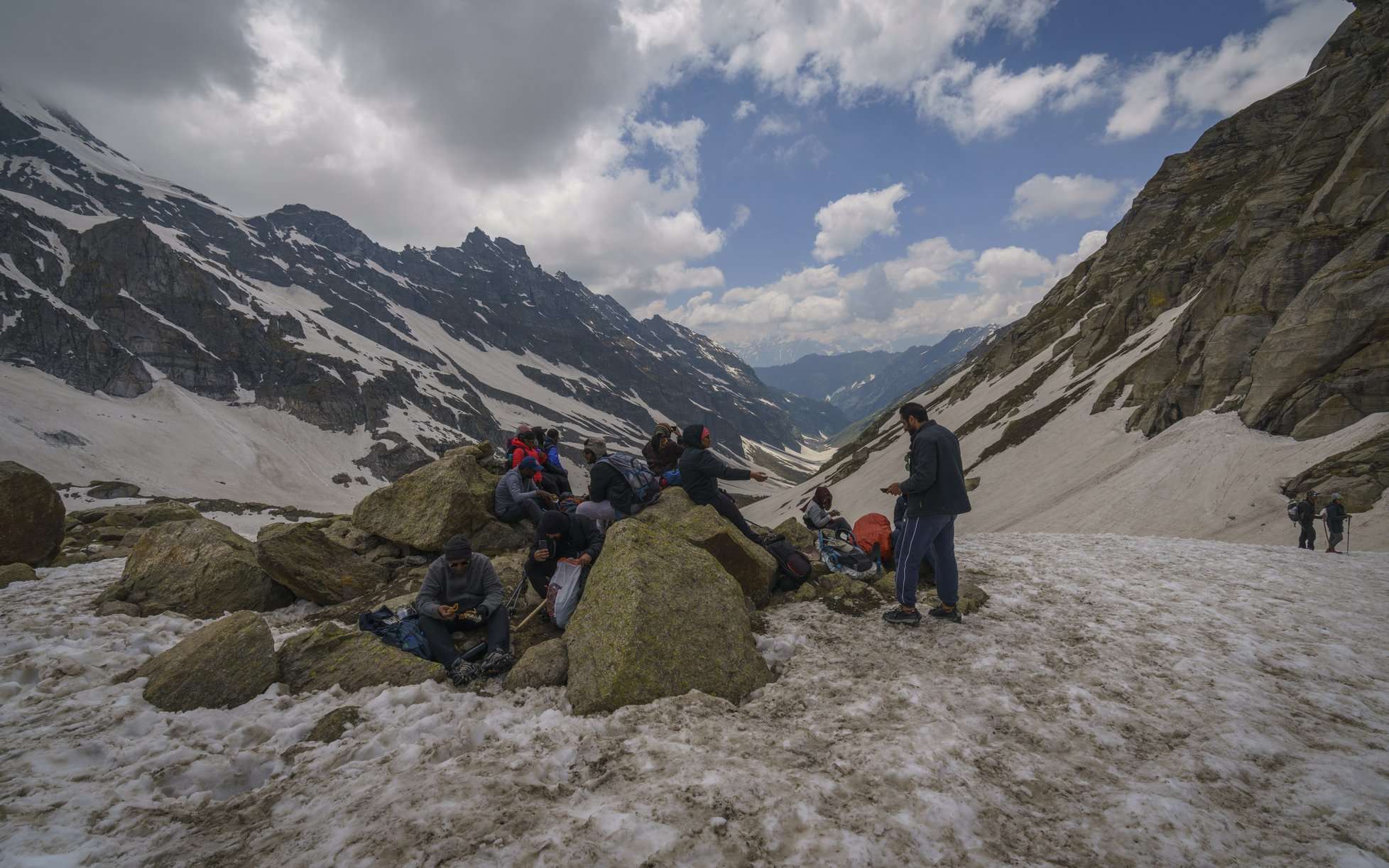 January, The first month of the year, a perfect time to start all over again, Changing energies and deserting old moods, New beginnings, new attitudes - Charmaine J Forde (Authoress, Over In Away)

The celebration of New Year on the last day of December seemingly ends too soon every year. Few resolutions are achieved but most of them are dumped aside by us, and soon our feet are stuck back again four feet deep inside the cold snow, as the first day of yet another new year hits us, but still, the life goes on with the one word, hope. As one reads the words above by the authoress J. Forde, it surely stuck an optimistic chord in one's heart; that chord of hope.

In India, January is a significant month, not only because the extremely beautiful, thrilling and cold weather of winter is at its peak during this month, but due to its historical significance as well. Along with all the most wonderful, awe-striking landscapes throughout the subcontinent, especially in northern Himalayan regions (as the mountains are laden with gorgeous snow), there's something more than India celebrates; the nation's Republic Day, on the 26th of January.

Getting back to the adventure, sports, and mountaineering, the reason why sports enthusiasts like playing in winters are the fact that playing in this season brings warmth to one's body relaxes one's muscles and keeps a person more active in comparison to those who cuddle inside the blanket and drink chai and eat oily food because it's "too cold". Even if it is not about the season, any kind of physical activity has always been advised by our physicians for good mental and physical health as it produces relaxing hormones like cortisol and endorphins which makes us feel better and we naturally feel positive towards life.

Winters in India starts by the end of November and remains till the end of March, making January the snowiest and coldest month of the Gregorian year in India. Almost whole of the Northern Hemisphere deals with similar lower temperatures. Climatic conditions on the mountain regions are relatively less in precipitation, making it one of the most adored months of the whole year for not only the vacation visiting tourists but also the courageous mountaineers, who love to hike and trek on the Himalayan belt of the world. Thus no doubt Trek Tours in January are very popular. Snowfall bearing states are very few in the country. The best places to climb on the snow-capped ranges and amidst the harsh winter blows are, Uttrakhand, Himachal Pradesh, Jammu, and Kashmir and furthermore, till the end of North-Eastern parts of the country like Sikkim and West Bengal. Himalayan trips are all about snow and gusty blows of weather like winters in the acutely cold month of January. Snowfall brings in the opportunity for not just hiking, trekking, climbing, and mountaineering but the various other adventuresome sports like skiing, and snowboarding, and also frozen lake trekking! The most popular trek expeditions for the passionate climbers in January can be Jammu, Kashmir, Uttrakhand, Ladakh, and Himachal Pradesh.